Winter blew into the eastern seaboard early this year, in some cases by November 18th! Buffalo got 6 feet of snow in one storm and most places in the areas of the great lakes were thrust suddenly into winter from fall. 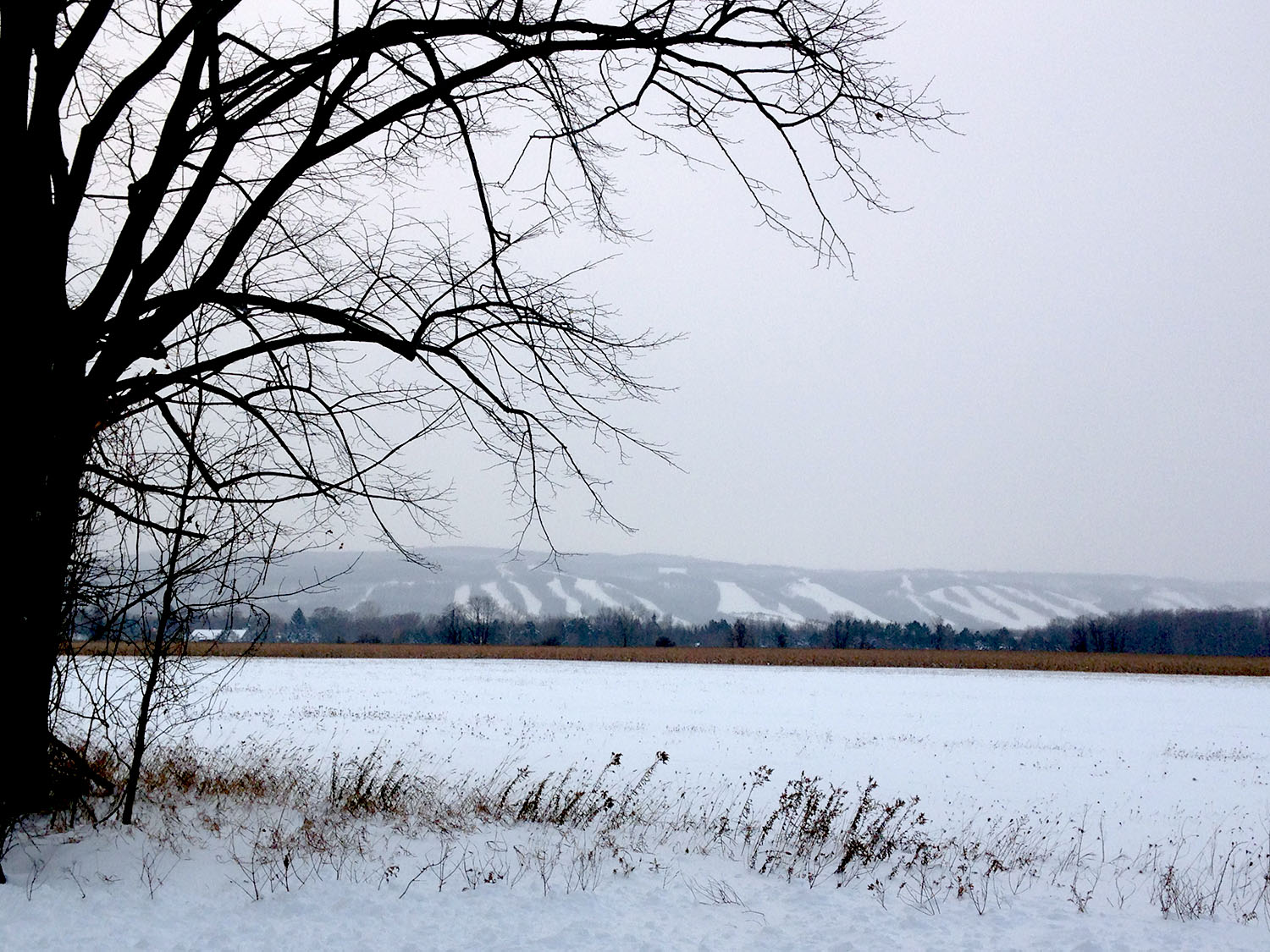 As an ultra trail runner I find it difficult to keep up the training into the winter months. It’s not only because of the cold and darkness but because the trails are often full of snow here in beautiful Collingwood, Ontario, Canada. This makes running very difficult to do in any meaningful way. 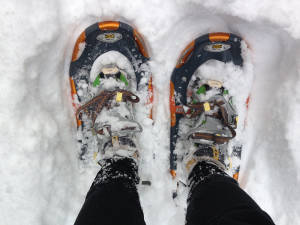 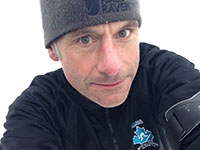 Snowshoes are designed to help you by increasing the surface area of your feet giving you flotation through less weight per square area. They turn deep snow trails into potential running routes again. They open up vast tracts of land that is usually only good for running in the summer for those of us who do live in a winter climate.

Modern snowshoes are designed with mobility and convenience in mind. They are light and feature bindings that are easy for a gloved hand to deal with. Most also feature traction claws on the bottom for grip and are fully articulated at the foot so that the ankle can move through a normal range of motion. It is this range of motion and lightness that allows for running!

While I don’t have snowshoes that are specifically designed for running, I run with them anyway. there is a vast range of sizes and styles of snowshoes. Larger ones are best for more flotation on deep snow, and they decrease from there all the way down to running sized snowshoes. The sizes in between these extremes are basically a compromise between flotation and speed. Some people will own several pairs and select the size/weight combination that suits their needs for that day. For a large selection of snowshoes see our Active Gear Snowshoe page. 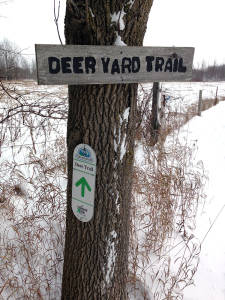 The Town of Collingwood has a super developed trail system that allows for human powered transportation and recreation. It can take you nearly anywhere in town! The Deer trail is one of these that connects the Georgian Trail with the 11th Line and many other trails all over Collingwood. It is possible to follow this trail network to join the famous Bruce Trail which is an 885 km continuous trail from Niagara Falls to Tobermory.

During 8 kilometres of snowshoe running yesterday I used the Georgian Trail to get to the Deer Trail and enjoyed knee deep to mid shin depths of snow. The views of the escarpment and the downhill ski hill called Blue Mountain were amazing. It felt so good to leave my position behind my Mac computer developing websites and put it all out of my head. Gliding silently through the woods in the fresh powder dump cleared all the minute details I have in my head away at least temporarily.

The added resistance from running in deep snow along with the extra weight of the snowshoes is wonderful for cross-training and strengthening the running muscles during my off season from racing. With every step the snowshoe sinks in and snow fills on top of the shoe. This means it resists pulling your foot upwards at the end of each stride. It’s sort of like underwater running or running in deep beach sand but with extra upwards force required. 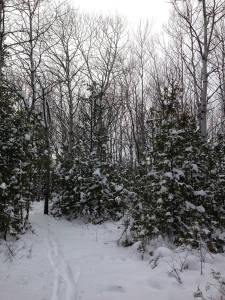 The muscle groups that I find are gaining a lot of strength from this are the calf/achilles region as well as hip flexors. For some runners with weaker gluteus muscles it’s the glutes that take the brunt of the work with this type of snowshoe running. I’ve never had weak glutes so it’s all about strengthening my hip flexors and calf muscles. One other area is abdominal and core muscles which also get a great workout due to the exaggerated nature of the strides when running in deep snow. Whatever it is you will find you use muscles you forgot you had during the summer!

When winter closes in and days are short it’s a great idea to strap on your snowshoes and get out there! Release the endorphins, get fresh air and train your body in a way that is less boring than a stair master. Remember also that it will keep that holiday spare tire from growing as you devour those big meals. Hydrate, stay safe and enjoy the snow! 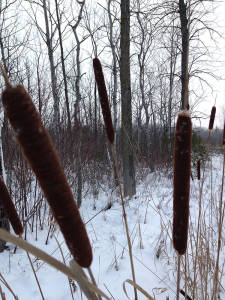