Here is the play by play of what happened written the morning after:

Just woke up after arriving at my tent at 4:30am. This is a beast that changes every year and you never know what you are going to get. I’m completely drained. This year it was the hottest most humid Sinister 7 ever! The proof is the approximately 25% finish rate for soloists. Got a ride from race director Andrew Fairhurst back to the finish who says some of the best soloists dropped out early. 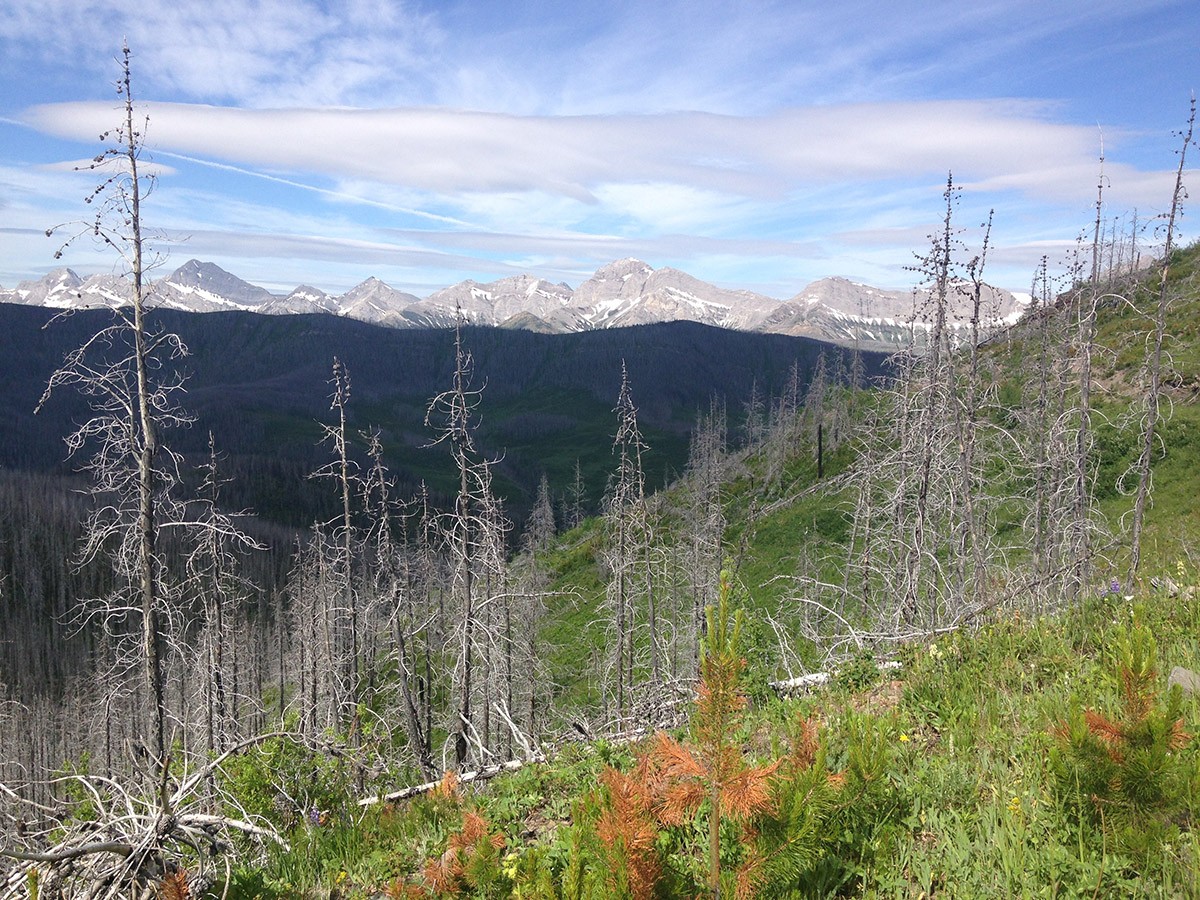 Leg 2: this one was a killer as the temperature had already gone to 25. All the moisture from the late spring made the humidity nuts for high up in the mountains. I wet my hat and legs in every stream. 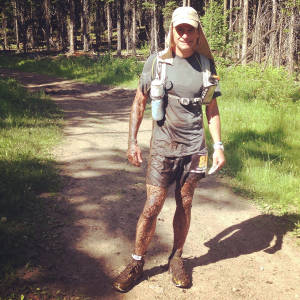 Leg 3: nicknamed Satan’s sack, this was positively evil yesterday. 35km leg with 4,500 feet of climbing. Again I drank everything, dropped into every river, fell up to my waist in the mud bog I was creeping around, and then the notorious final climb. I poured it on thinking I wanted to preserve my margin on the cutoff time and used the downhill after to speed into the transition. Despite 2 gels an hour and eating everything I could and taking salt capsules my stomach cramped up like I thought I would die. This was the 67.5km mark. Got great attention from the valet solo runner service. A volunteer nicknamed mother hen even peeled my mud crusted shoes and socks off, cleaned my feet and put on my change of socks and shoes! That’s service! Off I went onto 4. 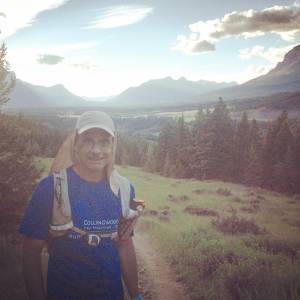 Leg 4: Dastardly climb up part of a ski hill right out of the aid station. Half way up the stoic and amazing ultra runner Hiroshige Watanabe was in distress. The heat got him too on leg 3. He wasn’t able to keep anything in his stomach. He swore he was ok and bid me on my way. Then into the mosquito ridden woods for more climbing, mud and then the long cross country portion. At the barbed wire fence the pond from last year had doubled in size so you had to go through knee deep water. So much for the fresh shoes and socks. Made it to the end of 4 feeling sick to my stomach. Nausea came in waves for the better part of 20 kilometers. Drank tons of beef soup and then flat Coke, the saviour of a stomach in distress. I never have had a sick stomach in any race in my life! That’s how sinister it was. 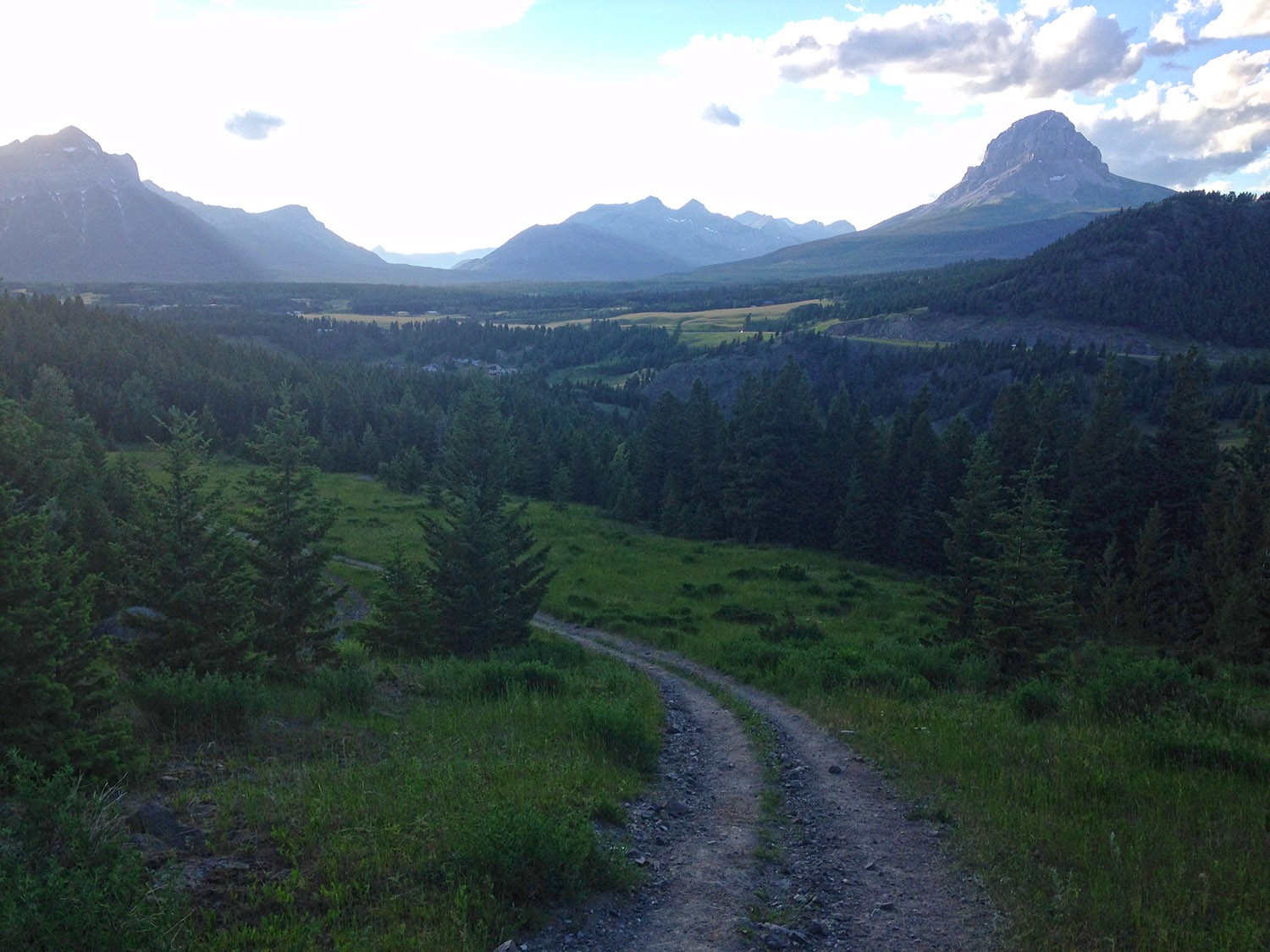 Leg 5: What can I say… Everything sinister but more muddy than any other leg! I had mud caked to my legs right up to my waist. I ran, crawled, begged and pleaded, often having no choice but to wade through standing water all in the dark by headlamp. Saw something move on the trail when I had climbed the mountain and was truly alone. Actually drew my bear spray and removed the trigger lock! It snorted and moved away. Not sure what it was from a distance could have been a few different animals but most likely a bear. Passed a lost soul runner with 5k to go who assured me he was ok. When he pulled into aid station 2 on leg 5 his hand was bleeding and he needed medical help. 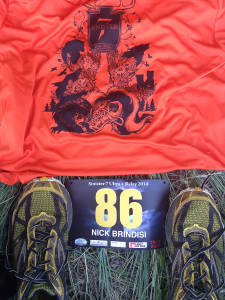 My journey ended at 105 km which is the longest distance I’ve run before. The reason is that I simply didn’t have enough time to get the 10k left to the end of 5 before the cutoff. My stomach had recovered to a degree but I was clumsy. I would have continued though. I don’t know if conditions will ever allow me to unlock the key to this insane race. It is indeed the toughest test of a runner I can think of! Mad respect to Hiroshige Watanabe wish you could have continued on leg 5 with me Hiro! Mad Respect to Peter Taylor who gave me the coaching to get me to almost the end of 5 on the hottest wettest running of this race so far, and for his 2nd place finish here last year which doubly blows my mind this year.
Bring on Sinister 7 2016. 3rd time is the charm!