The Dirty Girls 12 hour trail race is one of 3 events on the weekend of August 8, 9, 10, 2014, the other two being 24 and 48 hours! The race is located at Mansfield Ontario, Canada at an outdoor recreation centre that features an 8 kilometer forest loop trail with roots, rocks, sand and it’s all hills. There is one aid station at 4 km and the main start/finish area which features the mother of all aid stations! I’m talking about all sorts of fruit, french fries with a salt dip, grilled cheese sandwiches, Perogies, lentil soup, broth, all the sport drinks and water, literally anything you need to get through at least 12 hours of running. 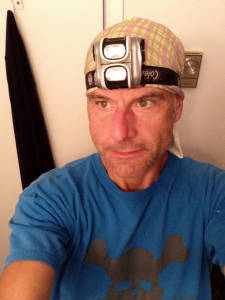 Setting Out
I thought I’d get my feet wet at this event by keeping it to just 12 hours. The 12 hour race began at 8pm Saturday night. While most people were going out to dinner and a movie or pursuing some sort of fun weekend activity, we were preparing to run all night! We left the starting line promptly at 8pm. For the first loop, we remained fairly close together on the single track, with the breathing and footfalls of others all around. Like usual I got a little caught up in the enthusiasm of the start and went a little faster than I wanted to for the first lap. By the second lap people were spreading out and I felt a sense of peaceful contentment come over me as the headlamp went on and night fell.

10 P.M. to Midnight
Now that darkness fell I found that the roots blended in to the soil in the light of my headlamp. It became so easy to trip over rocks and roots that I began to try and memorize their locations on the course for the next lap. It was a time of transitioning from normal running into what I consider extended running and breaking the ultra barrier in exceeding marathon distance. Still feeling comfortable yet feeling the effort and the challenge starting to build particularly with the hills on the course. There really are no level places at all. You climb or you descend again and again. The “Super Moon” made it’s presence felt as a glorious round super bright object shining through the trees. It provided a cheery companion that got me through the night appearing briefly in the few clearings in the forest.

Midnight to 5 A.M.
It’s on! crossing the threshold of pain and hunger. Six hours or so in I had massive hunger pangs and needed more serious food! In addition to this I knew that given my perspiration rate I’d need salt soon to prevent cramping. I made sure to take some fries and dip them liberally in the salt bowl. Way more tasty and satisfying than salt pills and with grilled cheese sandwiches it really filled me up! With a full stomach I went to battle again with the trail. The temperature during this period dipped from the Saturday evening 25 Celsius to 15 Celsius but the humidity remained hanging in the woods. The sensation was one of feeling chilled yet hot at the same time and sweating a lot. I drank lots and urine output was good and it remained fairly clear. There were still no cramps! 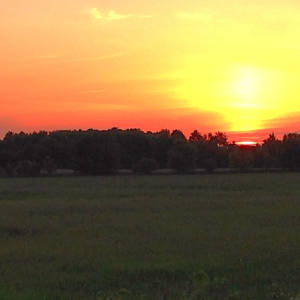 5 A.M. to 8 A.M. Finish
The bewitching hour came after a struggle from 5 A.M. to 6 A.M. in which I truly felt beat up and tired. A race like this runs opposite to your normal circadian rhythm and your mind can really play tricks! In the early pre-dawn before it brightened up I began having some hallucinations. Plants beside the trail took on the shape of animals and actually startled me! I kept seeing creatures darting across the trail ahead of me but luckily it wasn’t my first rodeo and I recognized that my mind was playing tricks with the beam of my headlamp reflecting off the ghostly trees. First light came as a surprise as I looked up and the sky was not as dark. Slowly certain tree trunks began having reddish highlights on them. Eventually I came to a lookout point on the trail and could see the red brilliant light of the tip of the sunrise over the valley below. When the sun was over the horizon the forest erupted with light and color and my night adjusted eyes brought everything into hyper focus. I was so amazed at how different the trail I’d done so many times looked! I met a young woman on my ninth and final lap. When my energy was low and she passed me I made an effort to keep up with her and we began a pleasant conversation. She helped me pull through to the half way aid station at 4k and then she was the one whose energy was low! She began worrying about making the last 4 km before the 8am finish. I told her there would be no talk of not making it and we had plenty of time. I pulled her through the last 4km to return the favor and we sprinted to the finish together! 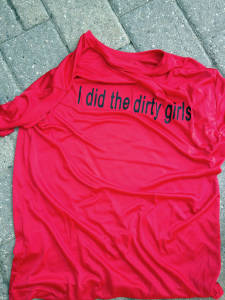 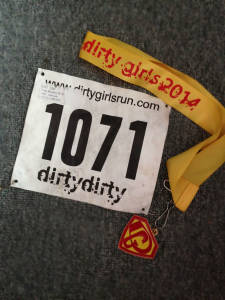 Final Tally
I managed to get through 72 kilometres of some bad ass trail with a lot of hills in the 12 hours finishing first for my age group and 9th overall, 8th male. There is no way to DNF this race. It’s all about how far any given runner can get. For instance my good friend and brother from another mother Peter Taylor lapped me and not only won the race but set a new course record of 106 kilometres! What an amazing night! What an amazing breakfast after the race! Pancakes, bacon and eggs, and good German beer, the best recovery drink! I’ll be back to do the Dirty Girls again. It’s a well organized race in a beautiful place and running at night is so peaceful!