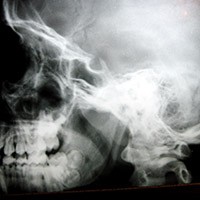 Shockwave Therapy (SWT) is a relatively new and innovative treatment for musculoskeletal conditions.  SWT is a series of high-energy percussions or radial pressure waves to the affected area using a transmitter head on the skin. 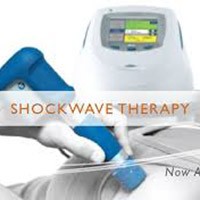 The mechanical pressure of the shockwaves provokes a response in the tissue that stimulates the formation of new blood vessels.  This increase in blood supply/circulation accelerates the healing process.  The radial pressure waves also stimulate the body’s natural self-healing processes by promoting a positive inflammatory response at the site, then assisting with regeneration and repair. SWT appears to be able to jump start the healing process especially in stubborn chronic  injuries where other modalities have not been successful.

The evidence for the use of SWT is overwhelming!

In the last 10 years, over 300 articles and abstracts have been published regarding the efficacy of SWT. Of special note, many randomized controlled trials showed that SWT is safe and effective for treating plantar fasciitis (Gerdesmeyer et al. 2008) hamstring tendinitis (Cacchio et al. 2010), Achilles tendinopathy and jumper’s knee (Rompe et al. 2007), and calcific shoulder tendinitis (Bannuru et al, 2014). There has also been exponential growth in SWT use for trigger point therapy.

The most striking aspect of SWT is that it has a 75-85 percent success rate when combined with exercise.

For many injuries, SWT is an alternative to surgical procedures. For best results it is recommended that treatment be performed at one week intervals for a minimum of three treatments.

Sue Underhill is a Registered Physiotherapist at Maximum Physiotherapy. Maximums’s therapists are trained in administering Shockwave therapy. Give us a call (705)444-3600 to find how Shockwave Therapy can help you.

For over 40 years we have all been routinely treating injuries with ice. Yet, surprisingly, there is no scientific evidence to support the use of ice for tissue healing and recovery. In fact, recent scientific research and clinical studies show that, not only is the application of ice ineffective in some cases, but it can also delay the healing of an injury.

A 2013 Journal of Strength and Conditioning Research article concludes that “these data suggest that topical cooling (icing), a commonly used clinical intervention, appears to not improve but rather delay recovery from eccentric exercise-induced muscle damage”.

Gabe Mirkin, the doctor who came up with the popular treatment acronym RICE in the late 1970s (rest, ice, compression, elevation) is backtracking and admits RICE was widely accepted without scientific validity.

According to Gary Reinl, the author of “Iced! The Illusionary Treatment Option”, icing does not reduce swelling or inflammation. The lymphatic system is responsible for eliminating the “waste” in the tissues caused by inflammation. It does this predominantly by muscle movement putting pressure on the one-way valves. Ice inhibits this muscle pump and therefore does not reduce swelling.

When tissues are damaged, more blood arrives at the injury site and with it, inflammatory cells such as leukocytes and macrophages. These cells rush to the damaged tissue to release proteins which clean up and heal the injured site. This build up of fluid, or swelling at the site should be considered a positive reaction. It allows the inflammatory process to progress, and prevents further injury (by increasing sensitivity to pain and restricting movement). Healing is delayed by anything that temporarily blocks blood flow to the injury site – like certain medications and ICE.
We should not stand in the way of our body’s natural inflammatory response, which consists of a universally recognized 3 phase healing process. Inflammation is the first phase followed by the tissue repair and tissue remodeling phases. So if we stop inflammation, we are stopping the healing process. Essentially there cannot be healing without inflammation.

Ice can still be used for temporary pain reduction and local numbness – just be aware of its role in inflammation and swelling. Do your due diligence and then get on board with the huge industry-wide movement!
Sue Underhill is a physiotherapist who believes in keeping up to date in the latest and most effective treatment strategies. Call her and the other therapists at Maximum for the most current treatment for your injury.