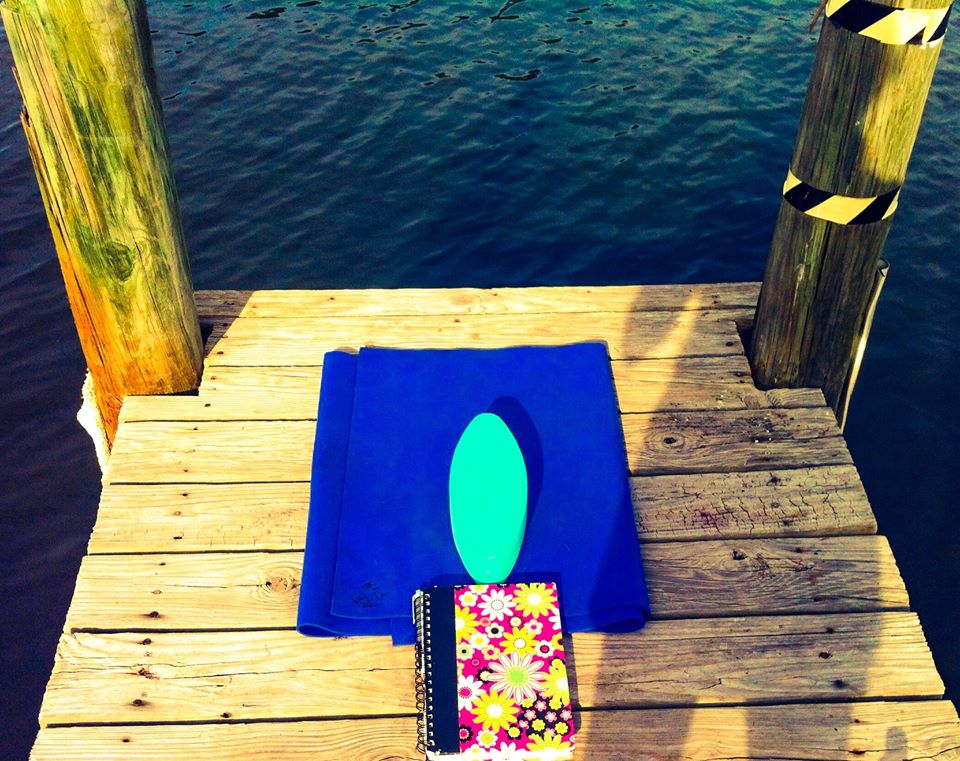 Last weekend I had the privilege of teaching Yoga to the Outer Harbour Senior Women’s Dragon Boat team. It was a privilege in several ways: these women were National Champions last year (best in the country for their age group over several distances); we worked outside, always a favorite of mine, to teach Yoga outdoors, even in a busy area; they train in Toronto, which probably has the same number of Yoga instructors as New York City, so to be asked to teach a top ranked crew is special, as they have access to great instructors.

One of the unique benefits I have in teaching them is that I used to do what they are doing. I was a competitive paddler, so I know the aches, the twists, the tight muscles, the sore shoulders and pecs. I also know where their heads are at during a training camp. These women are preparing for World Club Crews in Ravenna, Italy. Although they won the right to race in Ravenna last year, the club won the right to have a crew attend. Who makes up the crew is yet to be decided. Ahh, head games, mixed with physical work, x 20 paddlers…. thus training camp.

There are many poses that address the stresses athletes deal with – hip openers for runners and cyclists for example. Dragon boat paddling is unique, in that some paddle on both sides, but often paddle or race on one side only. Also, the whole body is being called upon: legs, core, rotators, spinal erectors, shoulders, pecs. Finally, there are 20 people paddling a dragon boat, 10 per side, and a drummer at the front and a steers person at the back, coaching, yelling and encouraging. And that’s just in your own boat; during a race, other crews may be right beside you, or pursuing you. It takes a certain head space to deal with all of this going on at once.
Enter Yoga. I know your body needs it, but it’s really your mind I’m after.

Top coaches will tell you that the training is 5% and the other 95% is a mental game. Races can be won or lost within 9 1/100’s of a second. Your training can be great, but it needs to be better than your competitors. And if you are really fit, and a good paddler, what makes up that 2% that wins race? How can you bring your best to a race, and bring your best for the 19 other paddlers, your coach, drummer and steers person?

Practice paying attention. Over, and over, and over. As the old joke goes “Do you know how to get to Carnegie Hall? Practice!” 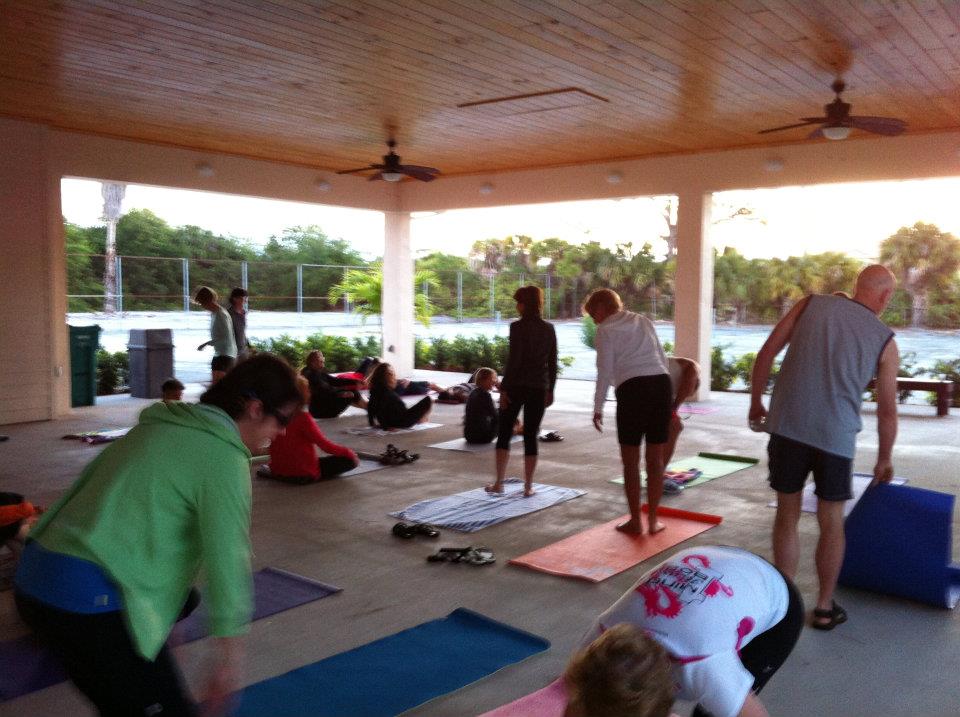 The poses/asanas are the physical practice of yoga. They can help deal with muscular tension, and if done with attention to detail and knowledge of the sport, can release issues in the tissues, often fascial. It’s my opinion that Yoga for athletes, well, it doesn’t need to be ‘athletic’. That’s what their sport is. That’s what the weights and the running are. Yoga needs to help them to slow down. And pay attention. Focus on the big picture – how are you doing this? How well can you do it? If you have a movement ‘glitch’ how can you teach yourself to move differently? What can we take out that you don’t need?

The breath is what helps you pay attention to what is going on in the poses.  A short breathwork, or pranayama, practice helps you focus on what is going on in your body. If you can slow down long enough during a Yoga class, (considering this is primarily a sprint sport, with the longest distances being 2 km, so adrenaline runs high for short periods of time), you can teach your self to focus under the stressful conditions of racing, as well as testing, and training.

While racing or even training, your brain has to rapidly scan your body for technical flaws, correct and execute a better movement pattern, keeping you in perfect timing and rhythm with fellow paddlers while supplying your maximum power. We call it ‘using the rolodex’. Scan the computer. The better your focus, the calmer your demeanor, the more effortlessly this can be done. The more often it can be done.

Meditation practice is an even better way, to calm and focus the mind. Rather than have no thoughts (a common misunderstanding of meditation), you are able to focus your thoughts, act and execute the race plan, without over reacting.

The whole point is to keep the nervous system from, well, being too nervous, and attending well to the task at hand, under stress.

Does Yoga make you feel better? Without a doubt. It can help you think and move better as well. That’s how races are won.

It can certainly help you be a better athlete. Just ask my friends on the Senior Women’s Outer Harbour Dragon Boat team. 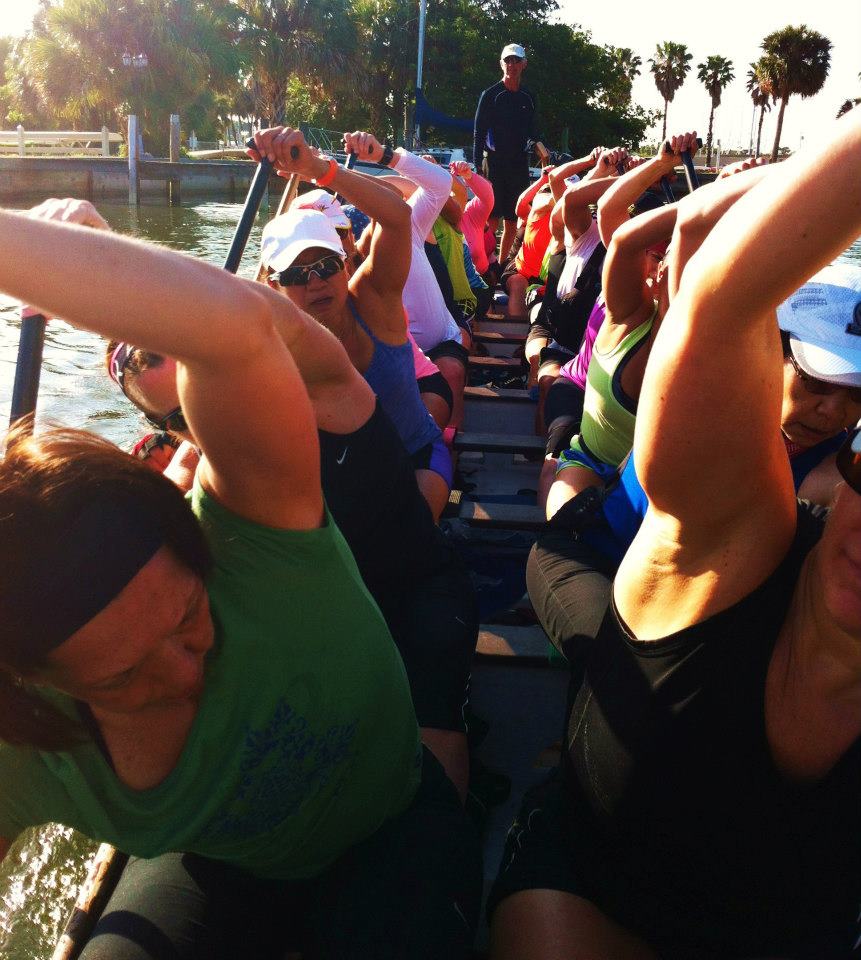